The Triangle of Life Continues Spreading Around the World

Doug Copp, before he found a small hole, in a pit, and began to crawl 6 levels deep, searching every 'nook and cranny' under . 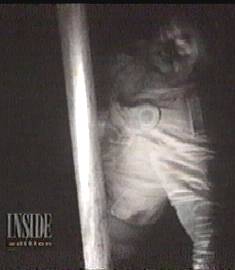 Doug Copp seen crawling under a subterranean beam, at the World Trade Center. He took off his jumpsuit because the fire made the area temperature soar well over 100 F.

Doug Copp, at , seen after coming up to surface, after crawling for 1 1/2 miles under the rubble; while it was still on fire.

Tugba Altun, one of thousands of victims saved, by doug copp and his team. She survived because of the ''. Her brother died because he did 'duck and cover' and was squashed under the kitchen table, when the legs snapped under the weight of the ceiling coming down.

Fighting for children's lives against self-interest, greed, and shareholder profit.

Prelude:
Look at the other more recent Blog ARTICLES, for updates, to see that The T of L is unstoppable; including, the Life Saving Project, in Turkey, which has provided 1 million t of l brochures and training, to date, and saved an unprecedented number of lives in the Turkish Earthquake. We have taken survival from the usual 2 percent to an unprecedented 80 percent survival. This project is ongoing to train 5 million people in 50 cities and 250 regions, of Turkey.

I have read articles that I am the worst criminal you can find and yet..with all the bureaucratic and governmental ‘powers’ that have attacked me..I am not in jail, not charged, not anything…not because I haven’t been investigated completely, thoroughly and with a zeal. I haven’t been charged with anything because I have never lied, have proof to support everything that I say and want nothing more than to get into a courtroom ..and let the truth be known.

Also, I have never been sued, in a civil case because they don’t dare to have evidence shown to prove the truth. In fact I have spent $200,000 and 3 years trying to get these lieing and murderous ‘bastards’ into court. They have spent more than $1 million to keep Doug Copp and the ‘Triangle of LIfe’ , out of court. I have even tried to goad some of these bureaucrats into going to court by asking victims families to sue, the New Zealand Government, for wrongful death.

Meanwhile, the bureaucrats are happy because the Insurance premiums are low and the Insurance Companies shareholder returns are high. Nevertheless, they have killed thousands of children and continue.

I have a great disappointment that more rescuers, who have actually crawled inside of collapsed buildings didn’t have the courage to ‘stand up ‘ with me to save the children.

I have been told, that they see the ‘shit’ that has been done to me and don’t want any part of it.

This is a heavy burden on their soul; whether, they know it now or not. The day will come when Doug Copp, joins the ranks of all the others who have gone into martyrdom for justice, the truth, humanity and decency. It has been a gigantic struggle to stay alive due to my 911 injuries; however, I am pleased to be able to continue to fight ‘for life’ over profit. Doug Copp

Background:
The triangle of Life was discovered by Doug Copp, when he crawled inside of a collapsed school, in Mexico City, during the 1985 earthquake. As Doug crawled up and down the aisles, in safety, he was shocked that all the children were crushed to death under their desks. The ceiling had fallen and the weight had ‘snapped’ the legs of all the desks.The ceiling rested upon all the desk tops and remained intact. The children were 1/2 inch thick. Doug did not know it at the time but 3 children had survived this horror. Their English affidavits are at http://www.amerrescue.org with links to the original Spanish language publications Two girls who were, in the aisles survived untouched. Lorena had her legs squashed under the desk. Her torso was in the aisle. Her legs needed to be amputated but she survived.

The Triangle of Life is Spreading Around The World:

Read the other blog articles, on this website. You will see that Time Magazine wrote about Doug Copp and the ‘triangle of Life’, Universities have begun to teach ‘the triangle of life’ as a course for emergency managers…and much more beyond the links that you find listed here.

Doug ‘s life was changed. He was on a mission to stop children from getting under desks. In 2000 he wrote an article for American Guide Magazine.This 5 page – 13 picture article described the triangle of Life and how to collapsed buildings.
Doug posted the article, on his website and was contacted by an unknown reader who asked permission to condense the article into an and send it to some friends. It is conservatively estimated that 1 billion people got that email. It went from family member and friend throughout the farthest corners of the world.
The South African Embassy Newsletter in Hong Kong published the original email.

Pressure was put upon politicians and bureaucrats from Mexico to Iran, from the USA to the United Nations. TV programs featured the triangle of Life, TV commercials were made, supporting the triangle of life

One program produced by CCTV, the Chinese Government Station was broadcast to an initial audience of 500 million people.

The Turkish Federal Government, The City of Istanbul, the University of Istanbul paid for the heavy equipment, provided buildings to collapse and broadcast on Turkish TV and the TV program Real TV a scientific test proving the triangle of life:

United nations TV copied one of Doug’s , translated it into Creole and broadcast it on United Nations TV, in Haiti.

Business and Economy Magazine, the most influential business magazine, in India wrote that the Indian Government Scientists were contacted and they endorsed the triangle of life as a means that individuals can use to earthquakes.

Snob Magazine, the magazine of the oil rich elite, in the Middle East wrote about the triangle of life being necessary for the survival of the ‘richest of the rich’.

The Spark Award for International Design was awarded to Yanko Design, for the Triangle of Life Desk. These desks are available, in Hong Kong. http://www.sparkawards.com/Galleries/08_Entries.htm?appid=1291 which have been purchased by the Chinese Government for use in Chinese Schools

See page 632 in this firefighters manual:

Page 7, paragraph 2, of a Pentagon report on the World Trade Towers collapse of 9.11:

Notice in the following link how many times it is mentioned that rescuers search the void spaces for survivors. No mention here of anyone doing Duck, Cover and Hold!

An hour long radio Interview with New Zealand concerning the triangle of life took place with Doug the day before this writing.

The Triangle of Life is Spreading Around the World

As the German Philosopher Shopenhauer stated: The path of all truth follows 3 steps. First it is ridiculed, second it is violently opposed and Thirdly it is accepted as self evident.

Doug Copp is quoted: “American Insurance Companies continue to violently oppose the triangle of life because surviving school children require compensation for emotional or traumatic injury. Shareholder profits are reduced. Many USA bureaucrats continue to oppose the triangle of life because the insurance companies have told them that their premiums will increase or their coverage will be dropped, if they change to the triangle of life. This is wrong and unacceptable to any decent person. Children’s lives are more important than Insurance Company profits. Does this sound like the truth behind the Health Care Debate, in the USA? It is. Corporate Profit vs. human life”

Read the article (part of a series of 9 articles supporting Doug Copp) as published by the Desert Valley Star , a California newspaper, exposing the malicious lies and attacks against Doug Copp

‘Duck and Cover’ cannot be defended; since, it is nonsense and the “triangle of Life’ is as true and real as gravity; therefore, the only means of protecting corporate greed, at the expense of school children’s lives, has been to attack Doug Copp, personally. As an unpaid volunteer, who has risked his life and dedicated his life, to saving people from disaster, Doug Copp has been defamed and discredited as a ‘knucklehead’, ‘idiot’, ‘criminal’, ‘phony’, ‘fraud’…and worse. Criminal acts have been made against him and his life has been threatened.

Doug Copp’s response: ” I follow my conscience. Their lies are not enough to stop me. They will need to kill me. After my death, I will face God and know that I did everything I possibly could to protect the children. I will have a clear conscience. Period.”

Prior to 911, I was the most experienced rescue person, in the world. Permanently disabled from 911, I have changed my life-focus towards preventing bureaucracy and vested financial interests from causing the deaths of 200,000 children per year. I am promoting the belief that the lives of children are more important than American Insurance Company Shareholder profits. International Disaster Reduction Institute Institute of International Disaster January 2010 – Present (3 years 10 months)worldwide The world's most experienced Rescuer/Disaster Mitigation Management Expert , crawling inside of 896 collapsed buildings at 100+ disaster events during war, peace and revolution Plus a lifetime of High Adventure; including, an undercover cop. .At almost 3,000 serious life threatening events and the medical survival from enough toxins to kill 200+ people, I am probably the world's leading survivor, from death. Survival Scientist Linkedin Profile: Summary saving lives, reducing suffering. "You must not only be good. You must be wise and wise enough to know who is good." doug copp Sometimes it is NOT enough to do good things ..you must be strong enough to endure the attack...that will follow; especially if you are trying to place children's lives ahead of USA Insurance Company Profits...crawling inside of 896 collapsed buildings helped to give me the courage that it takes; especially, considering that I have been sick every single day; since 911. FYI: USA Insurance companies oppose my 'triangle of life' survival method; because, 90% of the children would survive; instead of 98% dead. This translates into//actuarial tables indicate, survivor's seeking compensation for trauma (physical or mental) with a net result of diminished shareholder return. The insurance Company Executives told us: ” We are in the business of maximizing shareholder return..NOT..saving lives.” The USA School Boards have been told by their Insurance Carriers that their policies would be terminated or the premium would become extreme..if the children are allowed to survive, following my method. I tried to learn: I am responsible for 'what I do' and for 'what I do NOT do'. I am responsible for 'MY actions'. I am not responsible for what other people do. I discovered: that people never regret 'doing the right thing'. They only regret 'doing the wrong thing'. A life devoid of 'something worth dying for', is a life, 'not worth living'. Do all the living you can; while you can. 650,000 people died, at the major disasters I worked at..I have seen things that you cannot imagine. For all the persecution, hatred, violence and disgusting behavior that I have endured; in fighting against, evil, greedy bastards who exploited the helpless and preyed upon people..I am glad that I always did 'the right thing'. I always stood up; many times, by myself; but never alone.. If you can't be YOURSELF then who can you be?
View all posts by doug copp →
This entry was posted in Uncategorized and tagged American Rescue team International, aniversary, ARTI, Chief Norman NYFD, disaster, doug copp, doug copp. Doug Copp. ARTI, duck and, earthquake, FEMA crime, quake alarm, safety, school safety. Bookmark the permalink.