The Connections between Whiskey, Cognac and Locating Dead Bodies or Will You Ever Drink Champagne Again? 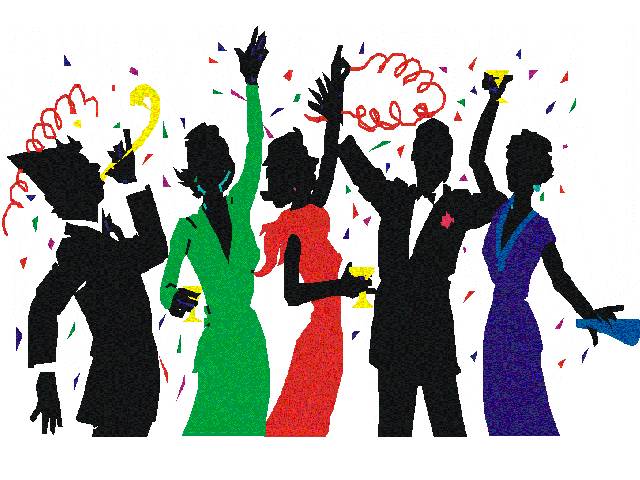 Read Below to see the surprising example of how ALL forms of Life are connected, in our world.

To all my friends I wish a Happy and Wonderful New Year.

I find the following post amusing and have made a tradition of reposting every year. The earthquake in Mexico City caused me to have the worst auto immune system attack; since, my initial exposure at the World Trade Center. Two weeks of daily anti-biotic intravenous treatments saved me. I expect that another few months of medical treatment will stabilise me back to my medical condition prior to the Mexico City Earthquake. I look forward to a wonderful year filled with purpose and satisfaction.

Necessity is the mother of invention. I had to make my own. I have severe allergic-ìmmune system responses, to a multitude of toxins; that my body ingested; while searching, under the 911 rubble. I have respiratory attacks, immune system attacks, cerebral edema attacks, digestive system attacks, toxic glaucoma events and neurological attacks

I must be keenly aware of everything that my body comes into contact with. This has lead me to make my own wine, beer and spirits that contain no toxins (preservatives).

Some basic principles of life, were used, by me, to create several of my inventions. I learned, a long time ago; that ALL creatures, from an elephant to a human, to a bacteria or a yeast have common requirements, to exist.

When yeast eat sugar they give off gases (think of champagne bubbles as farts), they give off liquid (alcohol is yeast urine ) and they give off solids (the solids in the bottom of a carboy, of wine, before bottling is actually yeast feces).

Whiskey is the mixture of yeast, water and sugar. After the yeast have eaten all the sugar then the urine is distilled out and placed in a a ‘burned’ oak barrel to absorb the flavorings and color of the burned wood.

Cognac is the collected urine of yeast eating the sugars in grape juice . Then this yeast urine is distilled out, placed in a burned oak barrel, for flavoring and colors.

When you think about it…… farts, urine and feces, from bacteria and yeast have made a huge impact in out world.

So when you have a glass of champagne on New Years Eve you might have a ‘giggle’ thinking about ‘high society’ socialites, in their elegant gowns, drinking yeast urine and their bubbly farts. If they only thought about it.

I used this ‘thinking’ process to invent the only machine that can find human remains. It detects the unique gases given off by flesh eating bacteria as they devour human remains. I used this to find mass murder sites in Kosovo; earthquake victims all over the world; 18 victims of the Swiss Air Crash who were 600 ft deep in the ocean; murder victims in garbage dumps and other places, all over the world. 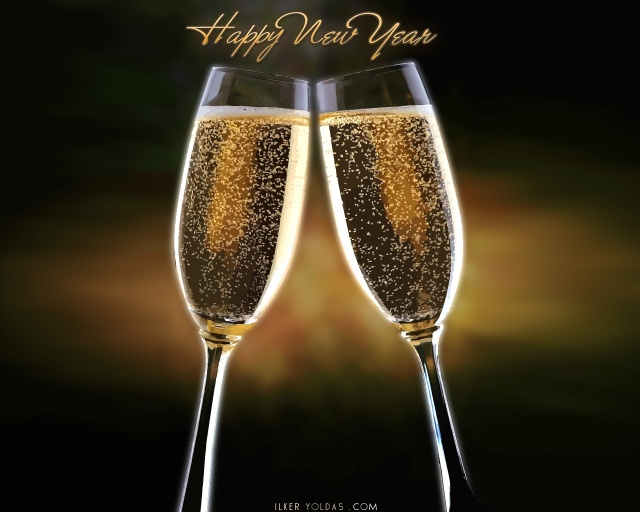 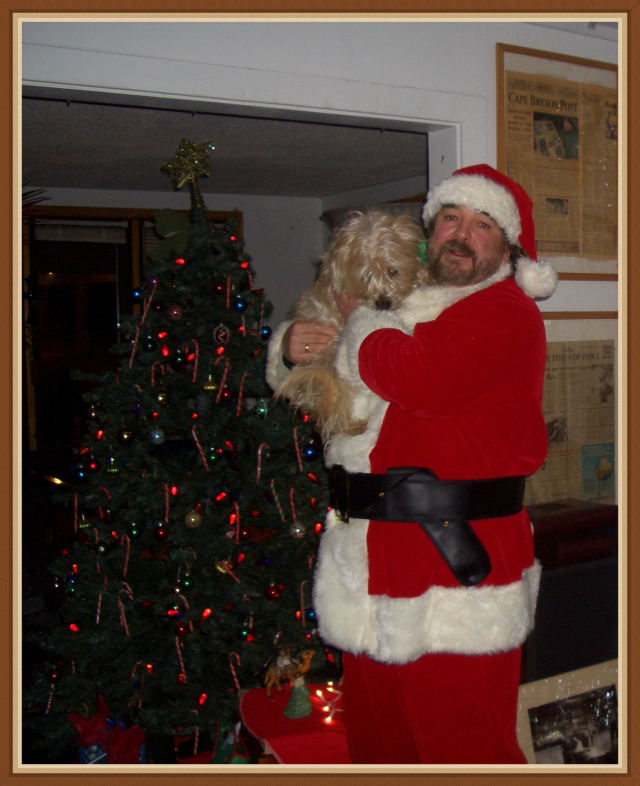 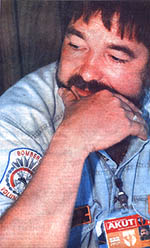 Doug Copp from the front page of the Alameda Journal, San Francisco Bay. Doug appeared in hundreds of articles, in Bay Area newspapers. Doug’s inventions were showpieced, in the San Jose Museum of Technology. You can watch video of doug crawling into the collapsed Nimitz Freeway, during the 1989 earthquake by going to the video area at http://www.amerrescue.org. Bill O’reilly interviewed Doug Copp; as well as, Inside Edition, Good Morning America and many other programs. You can, also, watch the videos of Doug crawling inside the collapsed structures.

Finally, snapshots from the ABC Prime Time Network Special, World’s Deadliest Earthquakes, Tugba Altun, a little girl who was buried alive and I was able to save her. 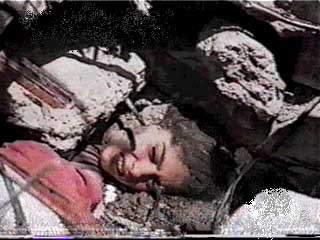 I was able to save this little girl; but 98% of victims die because of ‘duck and cover’. Most of the New Zealand deaths could have been easily prevented.

Prior to 911, I was the most experienced rescue person, in the world. Permanently disabled from 911, I have changed my life-focus towards preventing bureaucracy and vested financial interests from causing the deaths of 200,000 children per year. I am promoting the belief that the lives of children are more important than American Insurance Company Shareholder profits. International Disaster Reduction Institute Institute of International Disaster January 2010 – Present (3 years 10 months)worldwide The world's most experienced Rescuer/Disaster Mitigation Management Expert , crawling inside of 896 collapsed buildings at 100+ disaster events during war, peace and revolution Plus a lifetime of High Adventure; including, an undercover cop. .At almost 3,000 serious life threatening events and the medical survival from enough toxins to kill 200+ people, I am probably the world's leading survivor, from death. Survival Scientist Linkedin Profile: Summary saving lives, reducing suffering. "You must not only be good. You must be wise and wise enough to know who is good." doug copp Sometimes it is NOT enough to do good things ..you must be strong enough to endure the attack...that will follow; especially if you are trying to place children's lives ahead of USA Insurance Company Profits...crawling inside of 896 collapsed buildings helped to give me the courage that it takes; especially, considering that I have been sick every single day; since 911. FYI: USA Insurance companies oppose my 'triangle of life' survival method; because, 90% of the children would survive; instead of 98% dead. This translates into//actuarial tables indicate, survivor's seeking compensation for trauma (physical or mental) with a net result of diminished shareholder return. The insurance Company Executives told us: ” We are in the business of maximizing shareholder return..NOT..saving lives.” The USA School Boards have been told by their Insurance Carriers that their policies would be terminated or the premium would become extreme..if the children are allowed to survive, following my method. I tried to learn: I am responsible for 'what I do' and for 'what I do NOT do'. I am responsible for 'MY actions'. I am not responsible for what other people do. I discovered: that people never regret 'doing the right thing'. They only regret 'doing the wrong thing'. A life devoid of 'something worth dying for', is a life, 'not worth living'. Do all the living you can; while you can. 650,000 people died, at the major disasters I worked at..I have seen things that you cannot imagine. For all the persecution, hatred, violence and disgusting behavior that I have endured; in fighting against, evil, greedy bastards who exploited the helpless and preyed upon people..I am glad that I always did 'the right thing'. I always stood up; many times, by myself; but never alone.. If you can't be YOURSELF then who can you be?
View all posts by doug copp →
This entry was posted in Uncategorized and tagged 911 aniversary, 911 outrage, American Rescue Team, American Rescue team International, copp doug copp. Doug Copp. ARTI duck and duck and cover earthquake Earthquake 2011 Earthquake Turkey 2011 earthquake Van FEMA crime First reponders first responders horror Hurricane Andrew leslie lint, doug copp, doug copp. Doug Copp. ARTI, earthquake, First reponders, private schools, school safety. Bookmark the permalink.