Doug Copp 3 levels deep and 1 mile from surface of 911. Watch the TV program to see with your own eyes that you were lied to by , ' Leslie Linthicum his hatchetwoman' assistant and the vested financial interests of 'duck and cover'.

Watch the TV coverage of Doug Copp, described as a

“911 Hero playing an instrumental part at the World Trade Center, and the NYPD using one of Copp’s inventions to locate victims, in the rubble”

. This News Segment was re- broadcast, on TV, in Albuquerque, on the 10th Anniversary of 911. See the truth with your own eyes and know that Copp has been the victim of a hate campaign to stop the spread of ‘the triangle of life’.

Here is the link to the TV Broadcast:

It is a scandal that Thompson Lang (inheritor/owner) of the Albuquerque Journal Newspaper fortune enabled Lang to ‘get away with’ his despicable behavior, at 911.

It is no wonder that he hides from the public, spent $1 million to avoid being exposed for his lies to destroy Doug Copp and the ARTI rescue team. He made a fortune syndicating his despicable lies to unsuspecting newspapers around the world, to destroy Copp. The newspapers were quick to publish Lang’s lies but were silent when it became known that Lang had lied to them and to the world, at large.

We wish that newspaper publisher’s and editors who were tricked by Lang and Linthicum, into publishing these lies, would ‘rise-up’ and sanction/punish Lang and his ‘attack-dog’ Leslie Linthicum for their ‘out-of-control’ behavior that has brought shame to their professions.

“I have been told that Lang uses his personal jet, to secretly fly to San Francisco for his perverse sexual exploits; however, Based upon my knowledge (and our extensive investigations) of Lang I wouldn’t be surprised if Lang’s ranch is discovered, someday, to have the remains of missing and molested children buried..all over the place. I can’t prove this, now, but that is my ‘gut feeling’ as somebody who was a decorated police investigator and I would pray to God to have the opportunity to put him on a witness stand where he would face justice. We have been told that Lang’s former Chief of his bodyguards (security detail) would be willing to testify against Lang..if he was paid, for his testimony; however, our hands are tied if we can’t get Lang into court.”

Lang spent a million dollars to avoid being exposed , in a courtroom, for the 702 lies his newspaper printed to get revenge on Copp and ARTI. Lang wanted Copp to arrange for Lang to have exclusive media coverage in restricted areas of 911. This would make Lang a fortune and allow Lang to pretend to be a hero.

Copp refused and expelled Lang from 911 because of Lang’s perverse sexual antics and ‘satanic’ treatment of 911 victims. Four years later , when Lang heard that Copp was near death from his 911 injuries, Lang retaliated against Copp, by using his newspaper to publish lies against Copp.

This included a phoney ‘photoshop’ front page with Copp’s penis sticking out of his pants and references to Copp as an idiot, knucklehead, phoney, etc..etc..etc.. The FBI thoroughly, investigated Lang’s accusations and found them to be all lies; however, Lang’s wealth, power and political corruption saved him from a prison sentence.

If Lang hadn’t inherited his vast fortune, as a youth, he would almost certainly be in prison.

FYI: Lang had used threats and bribery to prevent KOB-TV Albuquerque from doing further stories about Copp and ARTI. Little did the people of Albuquerque know , who were reading stories of Lang’s heroism that Lang was actually, at 911, acting out his juvenile sexual fantasies, dressing identically with Leslie Linthicum,and behaving so badly that volunteer ARTI members had a fistfight with Lang’s entourage of ‘party boys’ and bodyguards.

It was ALL…too much..for Copp. Copp literally threw Lang out of Copp’s ARTI Headquarters. It wasn’t until Lang discovered that Copp was near death from his 911 injuries, 4 years later, that he tried to cause Copp to be ‘pushed over the edge’ and die from his 911 injuries.

Little did Lang know that Copp would fight to stay alive and expose Lang for the sadistic, twisted and perverted villain that he is. Finally, Lang has already spent a small fortune to stay away from being deposed and exposed. Lang will never go to court because every thing said here is true.

Unfortunately, the proponents of ‘duck and cover’ knowingly and willingly use Lang’s lies against Copp to try and discredit Copp, ARTI and ‘The Triangle of Life’.

ARTI estimates that Lang’s attack against Copp has resulted in the continuation of 200,000 needless deaths per year.

to allow schoolchildren to die during earthquakes; instead of surviving with ‘The triangle of Life’ and seeking compensation for psychological trauma or injury.

The USA insurance companies have told us that they would either discontinue coverage of or increase the premium of school boards who allow schoolchildren, to survive (via the triangle of life). I quote . the VP of Muchener re, one of the world’s largest insurers of school boards:

” We are in the business of maximizing shareholder return..not saving lives!”

Copp is too sick to crawl inside of collapsed buildings as an unpaid volunteer (as he did for 25 years); however, he will fight ’till his last breath’ to make school children’s lives more important than corporate profit or bureaucratic convenience.

, Leslie Linthicum and the vested financial interests of ‘duck and cover’ beg the question:

“Is there any limit to greed?” 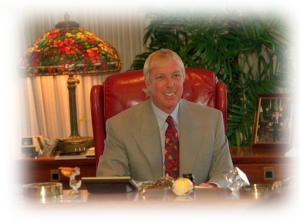 Lang dressed in men's . This is the only image that google could find of this sinister and reclusive viillain.

Leslie Linthicum created a series of complete lies to get revenge for Thomson Lang, her 'boss'. If their was a journalistic award for being the most hateful, immoral, unethical and disgusting liar , in the USA..she would win it. She is a disgrace to the word 'journalist'.

Prior to 911, I was the most experienced rescue person, in the world. Permanently disabled from 911, I have changed my life-focus towards preventing bureaucracy and vested financial interests from causing the deaths of 200,000 children per year. I am promoting the belief that the lives of children are more important than American Insurance Company Shareholder profits. International Disaster Reduction Institute Institute of International Disaster January 2010 – Present (3 years 10 months)worldwide The world's most experienced Rescuer/Disaster Mitigation Management Expert , crawling inside of 896 collapsed buildings at 100+ disaster events during war, peace and revolution Plus a lifetime of High Adventure; including, an undercover cop. .At almost 3,000 serious life threatening events and the medical survival from enough toxins to kill 200+ people, I am probably the world's leading survivor, from death. Survival Scientist Linkedin Profile: Summary saving lives, reducing suffering. "You must not only be good. You must be wise and wise enough to know who is good." doug copp Sometimes it is NOT enough to do good things ..you must be strong enough to endure the attack...that will follow; especially if you are trying to place children's lives ahead of USA Insurance Company Profits...crawling inside of 896 collapsed buildings helped to give me the courage that it takes; especially, considering that I have been sick every single day; since 911. FYI: USA Insurance companies oppose my 'triangle of life' survival method; because, 90% of the children would survive; instead of 98% dead. This translates into//actuarial tables indicate, survivor's seeking compensation for trauma (physical or mental) with a net result of diminished shareholder return. The insurance Company Executives told us: ” We are in the business of maximizing shareholder return..NOT..saving lives.” The USA School Boards have been told by their Insurance Carriers that their policies would be terminated or the premium would become extreme..if the children are allowed to survive, following my method. I tried to learn: I am responsible for 'what I do' and for 'what I do NOT do'. I am responsible for 'MY actions'. I am not responsible for what other people do. I discovered: that people never regret 'doing the right thing'. They only regret 'doing the wrong thing'. A life devoid of 'something worth dying for', is a life, 'not worth living'. Do all the living you can; while you can. 650,000 people died, at the major disasters I worked at..I have seen things that you cannot imagine. For all the persecution, hatred, violence and disgusting behavior that I have endured; in fighting against, evil, greedy bastards who exploited the helpless and preyed upon people..I am glad that I always did 'the right thing'. I always stood up; many times, by myself; but never alone.. If you can't be YOURSELF then who can you be?
View all posts by doug copp →
This entry was posted in Uncategorized and tagged 911 aniversary, 911 outrage, American Rescue Team, American Rescue team International, ARTI, Chief Norman, Chief Norman NYFD, disaster, doug copp, doug copp. Doug Copp. ARTI, duck and cover, First reponders, leslie linthicum, pervert, safety, school safety, triangle of life, world trade center. Bookmark the permalink.